They lived first among and then survived long after the dinosaurs.  Their ancestors span the globe today, existing on every continent but two.

Ancient crocodylomorphs were incredibly successful: they adapted to environmental changes throughout Earth’s history, they were diverse and numerous.  Their fossils have been found in North and South America, Africa, Asia, and Europe.

One branch of these ancient reptiles is the teleosauroids.  Part of the Thalattosuchia clade, these armored crocodylomorphs with long snouts–similar to today’s gharials–lived in marine and freshwater ecosystems.  It was thought, due to a lack of any fossil finds beyond the Jurassic, that teleosauroids went extinct before the Cretaceous. A teleosauroid fossil discovered in Tunisia in 2016 offered possible proof that this was not the case.  The age of surrounding sediment, however, has yet to be definitively determined.

The recent paper by Dirley Cortés, Hans Larsson, Erin Maxwell, Mary Luz Parra Ruge, Pedro Patarroyo and Jeffrey Wilson changes everything. Not only has a thalattosuchian teleosauroid been found in Colombia—the first one ever discovered this far south—but the age of the surrounding sediment and associated fossils falls within the Cretaceous.  In other words, this is the youngest known teleosauroid in the world today, proof that at least some of them survived beyond the Jurassic/Cretaceous extinction event.  Moreover, the size of this particular reptile is estimated to be a monstrous 9.6 meters.

Preserved for approximately 120 million years in a calcareous concretion, it was discovered in Villa de Leyva by Carlos Gonzalez.  It is a partial fossil, albeit very well preserved.  The state of the armoured plates (known as “osteoderms”), dorsal ribs, dorsal centra and metapodial elements indicate rapid burial shortly after death. The species of this fossil is unknown as neither teeth nor cranial elements were found.  Several ammonites found in association with this fossil indicate its age, and the surrounding sediment suggests that when this crocodylomorph met its end, the area may have been a “a salt tidal flat depositional environment.”

“Dr. Diego Pol from the Museo [Paleontológico] Egidio Feruglio in Argentina was the one who [initially] recognized the importance of the specimen,” wrote Dirley Cortés, lead author of the recent paper, in an email. 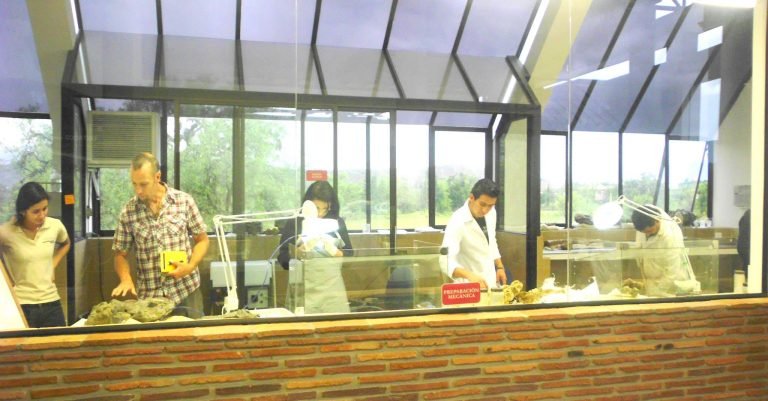 “I joined as a museum guide and fossil preparator in the Centro de Investigaciones Paleontológicas of Colombia (CIP) when I was doing my undergrad,” she wrote. “This is where I met a paleontologist for the first time, and that person is now my PhD supervisor (Prof. Hans Larsson). I started a project with him at that time, and the material of this project that started in 2013 is the same that we recently published.”

Finding this fossil in today’s Colombia, at a time in the Cretaceous when many other species had gone extinct, and the fact that it is the first armoured teleosauroid found in today’s South America, indicates that there may have been a sea route available to marine life (referred to as “the Hispanic Corridor”) that enabled teleosauroids to survive when others did not.

Studying the microscopic structure of the bone (“osteohistology”) provided fascinating insight into the life of this creature. The size of the bones discovered, as well as the density of blood vessels within those bones, indicates that this reptile was an enormous creature.  But even the 9.6-meter estimate is conservative, because larger vertebrae for this specific animal may have existed, but they were not preserved in the concretion.

Further osteohistological research revealed lines within the osteoderms. Much like the rings of a tree, the rings in a proboscidean tusk or information contained with fossil teeth, paleontologists can read these lines to infer whether this reptile experienced times of famine and hardship, as well as how seasons may have affected its level of activity or overall health.

Unfused neurocentral sutures suggested the fossil was an adult, but not one that was fully mature at the time of its death.

The publication of this paper, although certainly exciting, comes with a bittersweet note.

“Dr. Carlos Padilla really made an effort to keep the CIP going. He is one of the CIP’s founders and he always wanted me to describe [this] specimen,” explained Dirley by email.

Regretfully, Dr. Padilla passed in 2013, long before this research was published.

However, she continued, “being the first definitive Cretaceous record of a teleosauroid crocodylomorph, and the first teleosauroid for the Paja [Formation] known so far, that excited me the most. (Since I grew up in Villa, this finding is really special for me!)”

Dirley: I cannot thank you enough for the honor of writing about this remarkably important and significant discovery!!  Connecting with you is always fun, and learning more about this research was particularly exciting. THANK YOU.  I look forward to reading your future research! 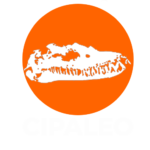